The British Rabbit Council to date recognizes more than 50 breeds and over 500 rabbit varieties. Nonetheless, you might still be wondering, how many of these bunnies originate in the UK? This article looks at some of the officially recognized rabbit breeds in the UK. It also touches on their history, weight, color, temperament, and average life expectancy.

The British Giant rabbit is a descendant of the Flemish giant. This particular bunny was bred in the 1940s and is a rare breed found mainly in the United Kingdom. Weighing between 11 to 15 pounds, British giants come in black, white, grey sable, and opal-colored coat. In terms of temperament, this bunny is calm and affectionate. Lastly, this giant breed has a life expectancy of 5 to 8 years. The Dutch rabbit is another breed with originis in England contrary to its name. This took place in the 1830s after the importation of rabbit breeds from Belgium. The Dutch bunny that weighs an average of 4 to 5 pounds has its genetic ancestry from the Petit Brabancon rabbit. The Dutch come in a variety of coat colors. They include black, chocolate, gray, tortoise, and steel. This breed with a life expectancy of 5 to 8 years has a  gentle and docile temperament thus making them ideal pets.

This long-eared bunny was developed in England back in the 19th century and is believed to be one of the oldest domestic rabbit breeds. English lops weigh on average 9 to 10 pounds and come in different colors. They include black, blue, chinchilla, orange, opal, and white. English lops are an affectionate and friendly breed with a lifespan of 5 to 7 years.

The English spot is a rabbit developed in England in the 19th century. They weigh an average of 5 to 8 pounds and come in different color varieties all with distinct markings around their eyes, ears, nose, and body. Their coats come in black, chocolate, lilac, gray, and tortoise colors. English spots are affectionate and playful bunnies with an average life expectancy of 5 to 9 years. 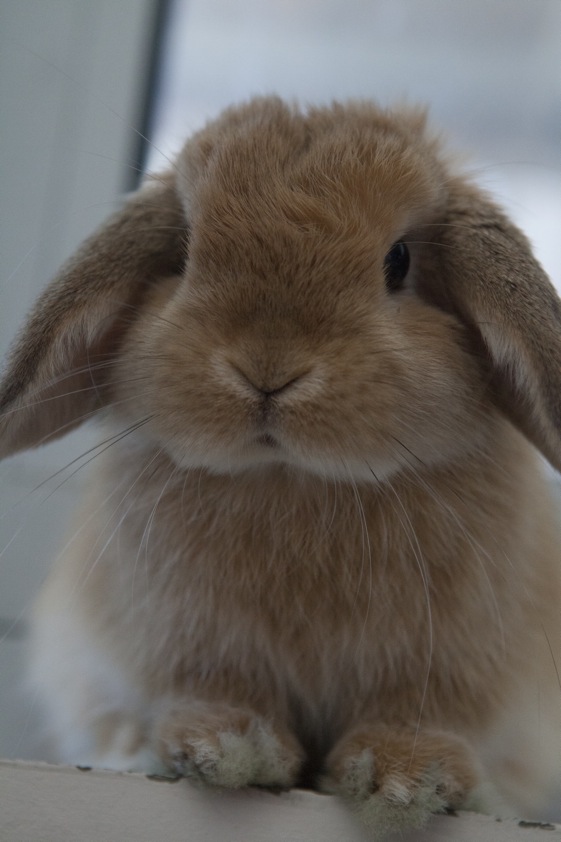 This particular bunny bred in the 1970s is originally from Britain and is so far the latest breed in the UK. Just to clarify, Miniature lops and mini lops, are totally different rabbit breeds. Miniature lops are the result of a cross breed between the French lop and the Netherland dwarf. They typically weigh between 2 to 3 pounds and come in different color varieties such as black, brown, butterfly, chinchilla, fawn, opal, white, Siamese, orange, and steel. This small-sized rabbit has an average life expectancy of 7 to 10 years and is generally an active and curious breed. This small-sized bunny is originally from England and not polish, contrary to what its name suggests. Polish rabbits were developed in the early 1800s by cross-breeding Dutch and Himalayan bunnies. This miniature rabbit typically weighs between 2 to 4 pounds and comes in black, chocolate, and white with a combination of different colors. In terms of temperament, Polish rabbits are a calm and affectionate breed with a life expectancy of 5 to 10 years.

Tan is also among the officially recognized rabbit breeds in the UK. It originates in England, dating back as early as the 1880s. They weigh between 4 to 6 pounds and come with an identically marked coat either in black, chocolate, or lilac color. Tan rabbits are docile, affectionate, and quite active. Their average life expectancy is 8 to 10 years.